We offer our guest a selection of the best taylor- made tours of the city of Buenos Aires. They are organised by a tourism agency officialy registered that carefully organises the course and takes care of every single detail so you can enjoy your stay the most. If you need a quote, please click here. 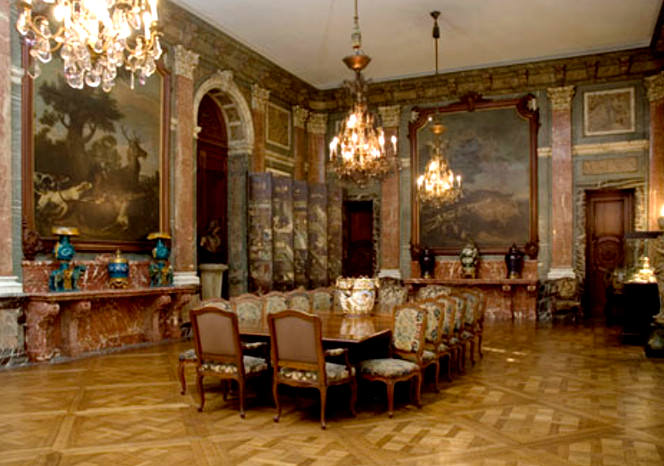 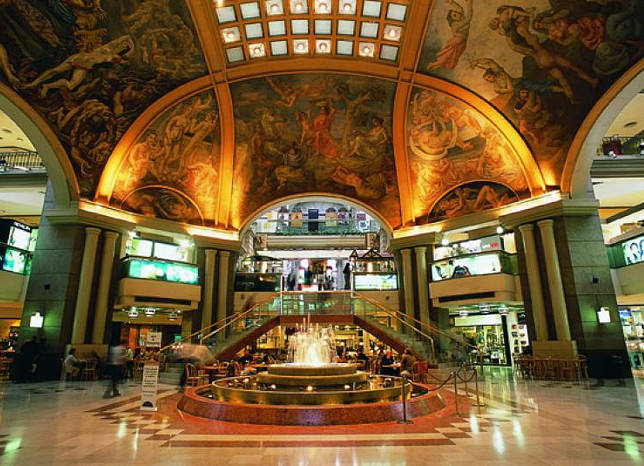 Buenos Aires and its literature

Walking through the Recoleta neighborhood, the National Library , its gardens and monuments, and the Interactive Museum of Books and Language.
Walking along Santa Fe Avenue and having a coffee in the “Ateneo Book Shop- Grand Splendid Movie-theatre before” , one of the most beautiful book shops in the world.
Afternoon tea at the once home of the writer Victoria Ocampo in Beccar, Buenos Aires. Prestigious figures of art and culture stayed at Villa Ocampo invited by Victoria such as Le Corbusier , Walter Gropius , Maurice Ravel, Igor Stravinsky , R. Tagore , Aldous Huxley, Graham Greene, Albert Camus , Andre Malraux, Octavio Paz Gabriela Mistral , Pablo Neruda, Ortega y Gasset, and Jorge Luis Borges, among others. 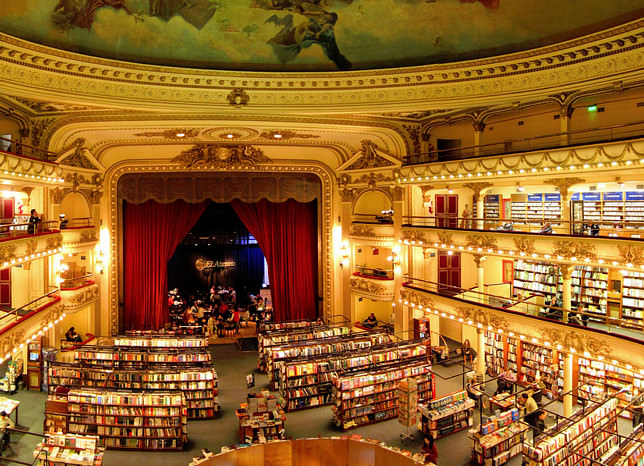 Buenos Aires and its religion

Visit to the Russian Orthodox Church, founded by decree of Tsar Alexander III in 1888. Visit of the Danish church, neo-Gothic , where we will discuss the sailboat Kopenhavn mystery whose replica is located in the center of the temple pointing towards the altar. Visit to the Metropolitan Cathedral, including the Mausoleum of General Jose de San Martin, its legends and mysteries. Visit to the Libertad Temple (Synagogue) Optional visit to the Jewish Museum. Guided tour of the Islamic Cultural Center Custodian of the Two Holy Mosques King Fahd. 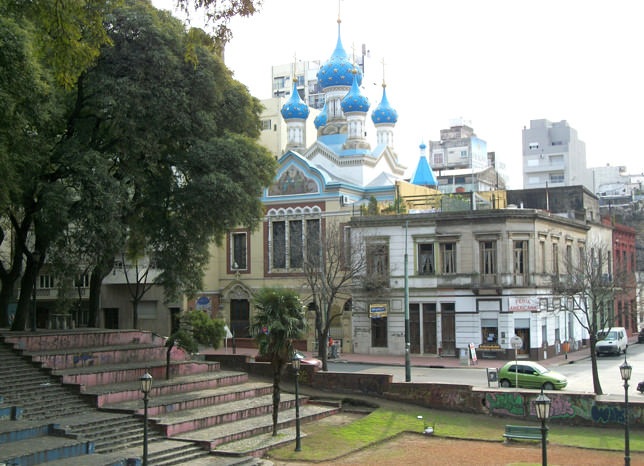 Visit to the San Isidro catedral. 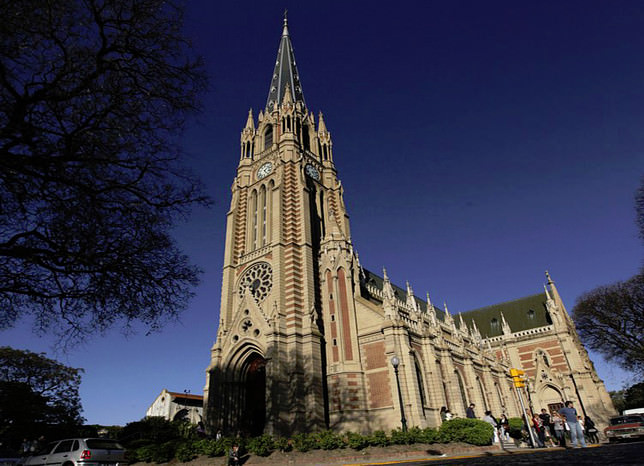 Visit the Holy Land theme park, a reproduction of more than seven hectares of the city of Jerusalem in the first century with its buildings, music, food , arts and crafts , further comprising: The Grotto of the Franciscans, which recreates life in a monastery of the thirteenth century. A replica of the Wailing Wall. Reproduction of a Roman temple. Playback of a mosque. The Museum of religiosity. 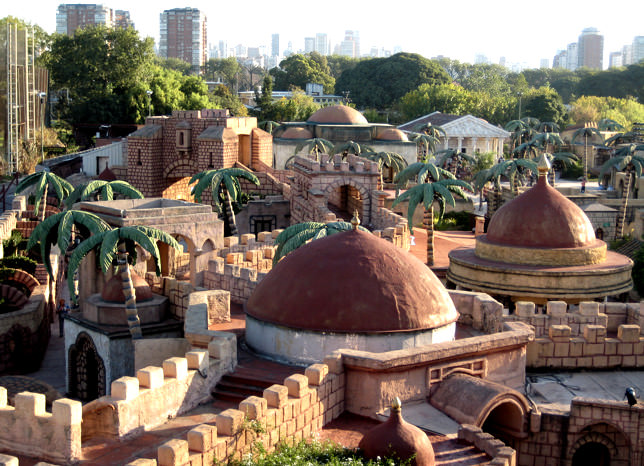 Buenos Aires and the river

Visit to the Museum ” Quinquela Martin” in the neighborhood of La Boca (Tuesday to Sunday from 11 to 18). Donated by the artist, the building has a school whose classrooms he decorated , a museum of Argentine figurative art, a splendid collection of figureheads (the third of its kind worldwide ), an exhibition of personal belongings of the artist (who lived and worked on the third floor of the building ) and a sculpture terrace. 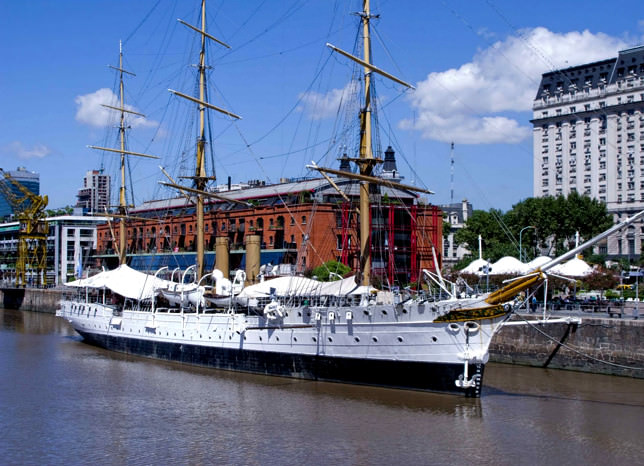 Visit the Colon Theatre  (optional feature ), one of the leading opera houses in the world. The tour includes a visit to the inside building: Golden Hall, workshops scenery, props , costumes and hair, rehearsal rooms orchestra, ballet roundabouts , and access to the stage . Also the museum of ancient musical instruments and memorabilia of opera and ballet in the foyer. 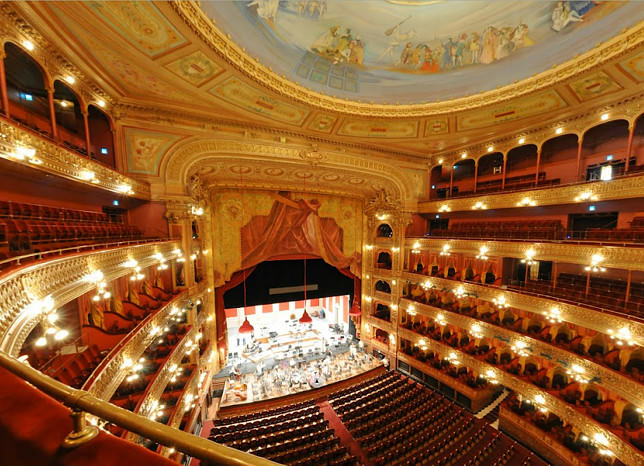 Visit the Museum of the artist Xul Solar (1887-1963) , eccentric character , versed in languages, occultism and and mythology , painter of works of fantasy genre, inventor of two universal languages, the pan- language and  Neo Creole, and also a pan- chess in which the boxes were referring to the zodiacal signs.

Guided night tour to the Barolo Palace, whose architectural design is to detail the compositional scheme of the Divine Comedy by Dante Alighieri. In addition, the building is reminiscent of the architecture of India , as its architect took elements of the Palace of Winds in Jaipur and Rajarani Temple Bhubaneshvar. 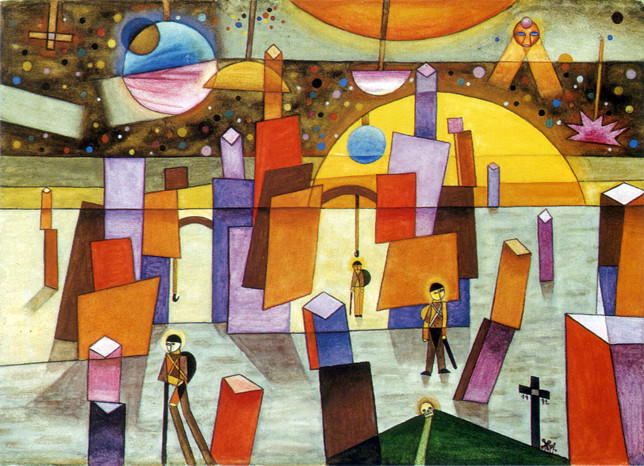 Visit to the Police Museum, twenty showrooms dedicated to police work from the historical, technical and criminologist perspective. Visit the Museum of the Judicial Morgue (not recommended for impressionable people and banned for children less than 18 years). Visit to the Antonio Ballvé Penitentiary Museum. And for the evening … interactive theatre piece: Crime at the Munich. Highly recommended. 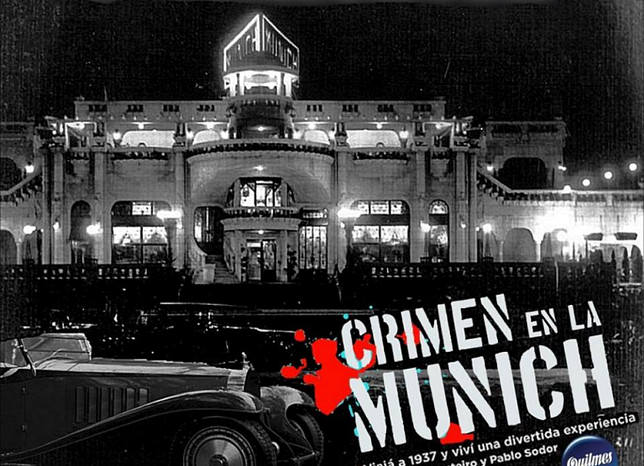 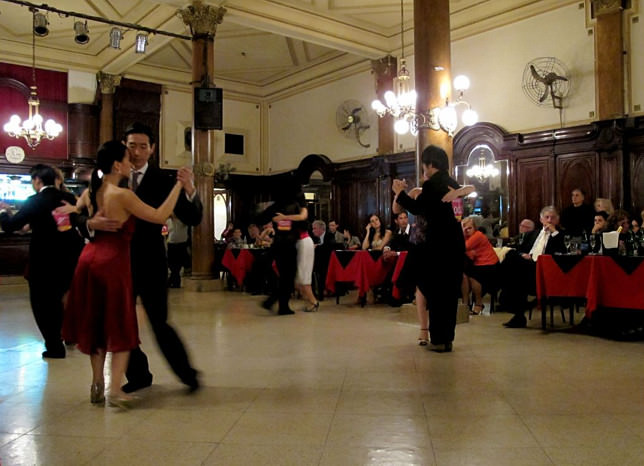 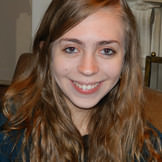 Degree in Management and History of Arts and Senior Lecturer in Art Education from the University of Salvador. She also undertook specialization courses of Egyptology (Barcelona University), Greco Roman mythology (University of Pennsylvania), Roman Architecture (Yale University)  and Architecture of the twentieth century (Museo Nacional de Bellas Artes). She has collaborated on several opportunities in the BA Arts Foundation and has been in charge of the curatorship of several exhibitions held in the Stock Exchange of Buenos Aires , galleries and cultural spaces in the city of Buenos Aires. Permanent collaborator at the Arroyo Gallery. 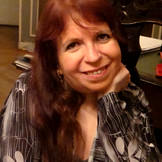 Lawyer and Master in Economics and Business Administration. National Professor of Music (National Conservatory, nowadays National University Institute of Art) with post grad courses the same institution . she has also performed cycles of specialization in Heraldry and Vexilología (Centre of International Relations and Ceremonial Studies) Fire arts and brush in China ( Institute of High Studies of Madrid) , Global History of Architecture (MIT Massachusetts Institute of Technology) Archaeology of Ancient Nubia ( Emory University) , History of European Painting (Carlos III University of Madrid ) , and Viking Age and Medieval Scandinavia (University of Zurich ) Coordinator department of Art Education 1997-2004 and Professor of History British Art and Culture at the Jesus – Maria of School of Buenos Aires.

The form was successfuly sent!

The validation of the form was not successful!

There was an error sending the form, try again later or contact your system administrator.